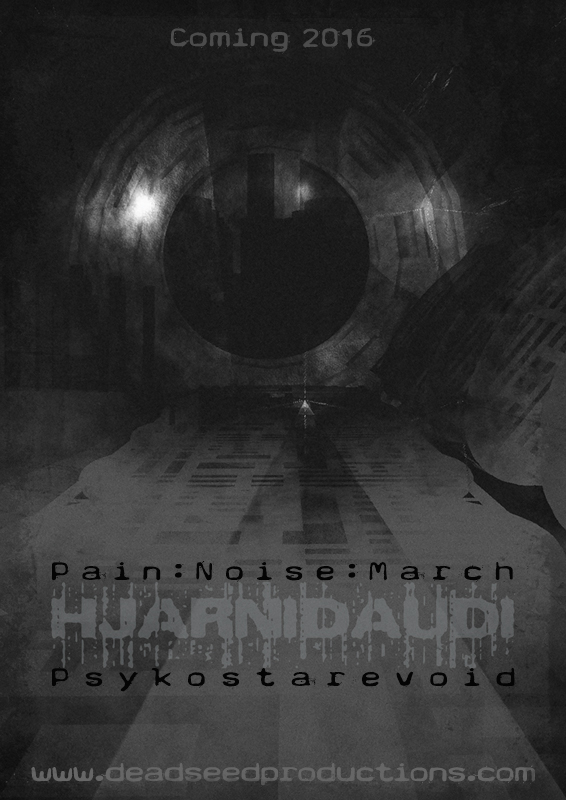 Dead Seed Productions is proud to welcome one of Norway’s finest doom crafters amongst its ranks, namely HJARNIDAUDI.

HJARNIDAUDI is the instrumental brainchild of Vidar "Voidar" Ermesjø (KOLDBRANN, KRAANIUM), the project emerged shortly after previous astral drone project HLIDOLF was put to a halt. HJARNIDAUDI has since been crafting a unique blend of doom and drone atmospheres for over a decade now, portraying massive and pounding soundscapes of dirgey, crushing and alienating guitar waves in a unique and incomparable way.

HJARNIDAUDI is as epic as it is apocalyptic, it is an unearthly trip that shatters the sonic barriers of time and dimension.

Though HJARNIDAUDI has always maintained a discreet status, it has nonetheless become an underground cult throughout the years, building a solid following and witnessing the likes of Niklas Kvarforth (SHINING) covering a number of its works.

We are pleased to finally announce the release of the first ever vinyl editions of the albums Pain:Noise:March and Psykostarevoid, both to be released in their original instrumental form. A special and limited boxed set will also be released in celebration of HJARNIDAUDI’s ten years of existence.

Further details and release dates will be announced soon.